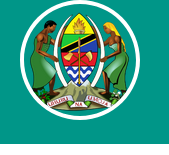 This was stated on Tuesday, April 6, 2021 by President Samia while addressing .

Dar es Salaam. President Samia Suluhu Hassan has today April 6, 2021 instructed the relevant ministries to fill the vacancies left by more than 6000 teachers; something that she says is affecting learning in schools.

Speaking at the swearing in of the newly appointed Permanent Secretaries and heads of public institutions at the State House in Dar es Salaam, President Hassan also directed that the management of girls' secondary schools be further strengthened.

She said she realized that there were around 6,000 or more teachers who had resigned or retired and others had died along with various other causes but their vacancies are yet to be filled.

She said that these were not new jobs but replacements so that teaching and learning can continue as planned.

“The public service is here and the President's Office - Regional Administration and Local Government, please look at this. Six thousand (6000) teachers should be replaced immediately to provide services to Tanzanians,” said the sixth President of Tanzania.

The president also said the government was hoping to build 26 girls' schools by 2025 and urged stakeholders to take action so that the plans are be implemented. 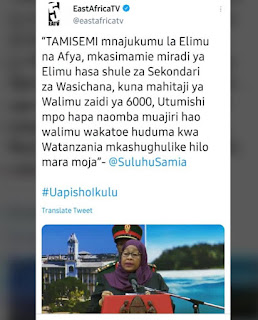 “In the last five years 300,000 teachers have been hired. We recently announced 8,000 vacancies and we hope to advertise another 6,000 teacher jobs to REPLACE. We want the issue of education to be considered, the country that values ​​education is the one that has the real intention to continue.

He urged the students to study hard and to be disciplined and to stay away from temptations that could ruin their studies.

What To Do When Names Will Be Released TAMISEMI?

There is no exactly date of announcing names but to see list of all names of Secondary and Primary Schools Teachers that will be employed by government this financial year 2020/2021 will be available in TAMISEMI website www.tamisemi.go.tz.

Communicate with Us through:-

Or check here other alternative contacts

The Ministry also coordinates and supervises development planning and sectoral interventions on donor supported programmes at district and other locals levels; issues ministerial guidelines to Regional Secretariats and Local Government Authorities; and strengthen the channel of communication and information flow between the national and sub-national levels.