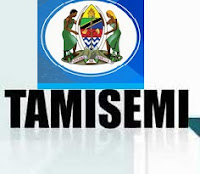 In accordance with the Public Service Act No. 8. of 2002 read with its Regulations and the Operating Procedures of 2003 the Transfer Authority for all Public Servants is the Secretary-General The Office of the President-Public Service and
By instructions of the Office of the President-Public Service Management by letter No. C / CB.271 / 431/01/62 dated 8/06/2006 and Ref. C / CB.271 / 431/01 / J / 144 dated 27/08/2007 The Transfer Authority for the Transfer of Staff to Local Government Authorities has been delegated to;

There are two types of Transfer, which are;

Procedures for Applying for a UHAMISHO TAMISEMI :-

This transfer is common where the Employer or Subsidiary makes the transfer for reasons of performance improvement.
However in order for the transfer to take place, the Transfer Authority must satisfy itself of the vacancy in the Council which is transferred to the transferee.
These transfers are normally funded by the staffing council and allow him / her to pay the costs of packing as specified in Regulation L (8 and 13) of the Public Service Permanent Edition 2009 and its timely amendments to 2010. thus it is important that the Transfer Authorities are satisfied with the ability of the Councils to finance such transfers to avoid generating debt to the Government
Despite the transfer procedure being a transfer to be made twice a year, these ordinary transfers may be done at any time in an effort to rescue the operation at the facility where the employee is located or is transferred to the public service.

An employee who is suspected of forging leaders’ signatures, soliciting or receiving bribes at any level will be

to severe disciplinary action including being brought before federal agencies for legal action.
It is important for Employers to be satisfied with the response to referral letters from the Transfer Authority to see if its application followed proper procedures and the responding staff is prepared in advance the data sheet and staffing records and remuneration i n order to avoid disruption to the employees and employers receiving the employees.