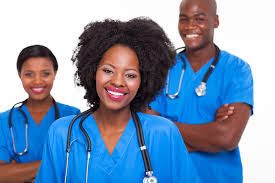 INTRODUCTION
Caring for people’s health has been the part of the work of FPCT by then PCAT from the beginning of the Swedish Free Mission (SFM) in Tanzania, the history which goes back to the year 1932 when the missionary pioneers worked in Tanzania called Tanganyika in those days.

It is said that, when the Swedish Pentecostal church started in Tanzania during the beginning of 19th century, the need to establish health care services also came up, as the location of this church in those days was mostly in the remote areas, to the communities which had no access to social services offered by the colonial government by then. Therefore Health care services were initially offered by the missionaries in their residential houses as minor dispensary activities. Gradually they developed and become more established institutions as they are nowadays in different institutions. Today health work service continues to be one of FPCT main area of focus


MISSION:
The mission of FPCT health services is to preach the gospel to all people through the provision of health care at an affordable price to people living in area of FPCT work, with particular focus to the poor.
VISION:
FPCT Health services vision is the achievement of physical, mental, spiritual and social well being of the people in the area where FPCT is involved in rendering health care services. Therefore the spiritual goal for the health institution is to full fill the call of Christ in the healing ministry as a means to reach people with the gospel. The efforts are in offering affordable and

Satisfactory quality health care services to the community with love and compassion of God.
BACKGROUND:
The idea to establish MMH was made by the Swedish Pentecostal Movement (SPM) in response to catastrophic situation following the heavy floods of Rufiji River in 1969.
In 1970, a clinic was built at Mchukwi village 8km from Kibiti – Kilwa road. In 1973 having 40 beds received official hospital status. 1984 to 1990 Several extensions been done. Now it has 100 beds even though approved beds for Government grants are 55 beds with 21 granted staff out of 80 workers. The hospital has gone through difficulties but survives more than 40years now. Thanks to the tireless commitment of its stakeholders who worked days and nights to make the hospital survive.

TARGET GROUP
Mchukwi Hospital being Church health facility, it is basically targeted at the health problems of the people with special focus in taking care of the physical mental and spiritual health problems. Though the hospital target group is the general population but there is a special emphasis on:-
Care for the pregnant mothers and children aiming at reducing the maternal and child mortality where by most of these deaths are consequences of the poor health and nutrition status of mothers coupled with inadequate care before during and after delivery .In this regard we have special clinic at the unit and mobile ones where by antenatal care for pregnant mothers and growth monitoring and vaccination services are give almost for free.
Prevention with positives:
This is a special intervention to the people living with HIV/AIDS
Mchukwi hospital has been selected to be one of the intervention hospital for this new program of preventing new transmission to the people living with HIVI/AIDS as a pilot area for the year 2010.The program is sponsored by ICAP Through Ministry of Health and Social welfare.