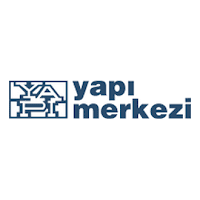 Yapı Merkezi is constructing the fastest railway in East Africa. The first phase of the 1,224 km total line, the 202 km long Dar Es Salaam – Morogoro Railway Project, is the most critical part of the project. When the 5-part line is completed, it will connect Uganda, Rwanda, Democratic Republic of Congo and Tanzania, and provide access to the Indian Ocean for all related countries.

The groundbreaking ceremony took place on on April 12, 2017 at Pugu with the participation of HE Dr. John Pombe Joseph Magufuli as President and Commander in Chief of the Armed Forces of the United Republic of Tanzania, Hon. Prof. Makame Mbarawa as Minister of Works, Transport and Communication, Mr. Yunus Belet as acting Ambassador of Republic of Turkey in Dar Es Salaam, Mr. Erdem Arıoğlu as Vice Chairman of Yapı Merkezi, Mr. Özge Arıoğlu as CEO of Yapı Merkezi, Mr. Emre Aykar as Yapı Merkezi Board Member and , Mr. Abdullah Kılıç as Yapı Merkezi East Africa Regional Manager.
All works pertaining to design, manufacture, assembly and operation startup of track superstructure, electrification, signaling, telecommunication, central control systems are being carried out by Yapı Merkezi.
New Employment Opportunities at Yapı Merkezi Tanzania – Various Posts November, 2022

JOBS Opportunities that you’re required to Apply.
The open positions announced here are for Lot 3 and Lot 4 projects. Yapı Merkezi may evaluate your application for one of the two projects. Therefore, you are deemed to have accepted this situation by applying for a job position. If there is no open job position suitable for you in the list below, you can still apply for a job from the ‘Job Application‘ page.

About Yapı Merkezi
Yapı Merkezi, founded in 1965, aims “to create and to realize construction projects that will serve humanity by creating happy environments”.

Yapı Merkezi realizes projects of universal dimensions and always reaches its targets with the determination to complete every project by delivering products and services on time, within budget and with the specified quality.

In realizing these targets, Yapı Merkezi pursues beauty with a passion and always considers aesthetic sense as a bridge of judgement between concept and reality. Yapı Merkezi always considers professional and humanitarian measures as well as technical measures and processes knowledge to be a scale organization in all its activities. Yapı Merkezi is open, transparent, innovative, basing decisions upon knowledge processing and pioneering in all its fields of activity. Yapı Merkezi respects the laws, belief, traditions and history of all communities where its activities are located.

42 million m² of structures we have engineered provide happiness for their users. With 4.200 km of railways and 445 stations in 63 projects, we provide safe transport for more than 3,5 million passengers daily in three continents. 10.000 km of waterproof pipeline rovides clean water to hundreds of locations in 55 countries. By producing 3.000 kg/cm² strength concrete, we serve to the civilization. Thousands of students are developing themselves daily through the education that we provide in our school. All these are meaningful marks of success for the Yapı Merkezi family.

As the first and largest company of the Yapı Merkezi Group, Yapı Merkezi Construction and Industry Inc., in its half a century history, has realized the design and construction of a wide variety of buildings, heavy construction and railway projects both in Turkey and abroad, especially in United Arab Emirates, Saudi Arabia, Sudan, Algeria, Morocco and Ethiopia.

Yapı Merkezi Prefabrication Group established in 1978 with considerable experience and know-how in the prefabrication sector, was the first company in her field to obtain the ISO 9001 Quality Assurance certificate.

In 1995, Nitelikli Eğitim Kurumları A.Ş. (NEKAŞ) was founded and Irmak Schools, educational institution, was opened. As Turkey’s first school to obtain ISO 9002 Certificate and receiving the International Quality Crown Award in the Gold Category in 2012, Irmak Schools continues to serve her unique mission.

In 1996, the group introduced Subor Pipe Industry and Trade Inc. to manufacture high-end technology composite construction materials. With fifty percent of capital owned by the Amiantit Group, Subor today is the national leader in the manufacture of GRP Pipes.

Yapıray joined the group in 1998 in order to take advantage of the group’s experience in the rail systems field and in meeting the increasing demand for urban and intercity railway transport. Yapıray provides design, construction, development and operation services concerning railway systems.

Ultimately, Yapı Merkezi Holding was established late 1998 to build a more effective financial and administrative structure in the strategic framework to strengthen the group culture.

Yapı Merkezi is a “world brand” in the field of rail systems. 2004 International Association for Public Transport (UITP) “Light Rail Project of the Year” Award was given to ESTRAM (Eskişehir LRTS), as UITP “2010 Best Urban Integration Project of the Year” and British Light Rail Transit Association’s “Worldwide Project of the Year” Awards were accorded to Kayseray (Kayseri Light Rail System), both realized by Yapı Merkezi. Casablanca Tramway, came into service at the end of 2012, was elected as “highly commended” in “best world-class rail system project of the year-2012” category by Tramways & Urban Transit Organization. The Ankara-Konya High Speed Railway project has become yet another milestone of the Turkish railway system.

Yapı Merkezi has been included in the “TOP 250 International Contractors List” published annually by ENR-Engineering News Record since 1998 and was ranked 68th on 2021’s list. In the Mass Transit / Light Rail category, Yapı Merkezi was ranked 4th largest company in 1998, 3rd in1999, 7th in 2000 and 10th in 2021
Yapı Merkezi with its confidence originating from half a century of experience has ventured to invest in the African Market. In the last 10 years we first completed the El Mek Nimir Bridge and the Al Halfaia Bridge, then the Al Wahat Shopping Mall in Khartoum, Sudan. With the advantage of being a world brand in rail systems, Yapı Merkezi has also been realizing signature projects in Algeria, Morocco, Senegal, Ethiopia and Tanzania.

Yapı Merkezi has also added to its railway experience such successful enterprises in the Gulf region as the Dubai Metro in the United Arab Emirates and the HHR Madinah, Mecca and Jeddah Stations and the Al Nariah Depot and Workshop in Saudi Arabia.

Being the pioneer in the production of 1000 kg/cm² strength concrete in Turkey, Yapı Merkezi’s R&D Department has increased the 7 day concrete strength up to 3.000 kg/cm² and has manufactured translucent concrete.

Since knowledge processing and usage of technology are essential parts of company philosophy, Yapı Merkezi founded her library in 1987 to serve the staff interests and needs. Rich documentation and collections are capable of supporting research in a variety of fields and disciplines relating to Yapı Merkezi’s fields of activity. Additionally, virtual site libraries are established on specialized and essential topics to support the staff working at Yapı Merkezi sites. The novel achievements of the company in the field of engineering have been recognised and awarded repeatedly in national and international science circles.

Yapı Merkezi always considers the development of Turkey, the progress of world civilization, and satisfaction of her customers, project partners, employees and shareholders as her top priorities. Yapı Merkezi places faith in nature as a source of inspiration and to apply successfully the solutions Nature shows, Yapı Merkezi invests continuously in knowledge and technology, human resources and new management systems.

Yapı Merkezi, with a confidence originating from half a century of experience, is a rising value of Turkey with its investments, equity and thousands of family members, as well as its successful history. As it has been to this day, so will it be from this day on that as our skill in “knowledge processing” and “displaying aesthetic sense” grows, Yapı Merkezi will be a company with the quality of being a trusted and admirable World Brand. In the history of the modern civilization of Turkey, Yapı Merkezi has always had a distinguished place and in the future will continue to have a privileged place in the history of world civilization as well.