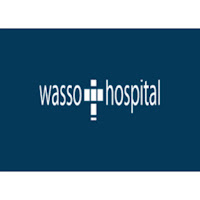 Wasso Hospital was started as a mission Hospital by the late Austrian Catholic Priest and Medical Doctor Herbert Watschinger on the 2.september 1964. The Hospital is the district designated hospital of Ngorongoro district which measures 14,036 km2. Ngorongoro is the most isolated district of the Arusha Region. Just south of the Ngorongoro Crater, the district is bordered with Karatu district. In the west it is bordered with Serengeti National park, in the north with Kenya and in the east with (the salty) Lake Natron in the Rift Valley.

Administratively the district is divided into 3 divisions, 14 wards and 37 registered villages. Wasso hospital is located in the so called Rift Area, 20 km from the Kenyan border at an altitude of 2,005 meters; in between the Serengeti steppe in the west and the Rift escarpment / mountain ranges in the east. Wasso is located 6 km south of the district headquarters Loliondo. According to government resolution, our catchment area consists of 30,002 people in 2008 (supposed to reflect a part of the Orgosorok Ward). In reality Wasso Hospital is the leading service provider in a much larger area, which we call Service Area.

The hospital is looking to hire individuals to fill various vacancies. Read full details from the PDF Document below