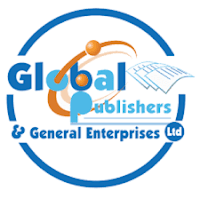 Until 1974, Dar es Salaam served as Tanzania’s capital city, at which point the capital city commenced transferring to Dodoma, which was officially completed in 1996. However, as of 2017, it continues to remain a focus of central government bureaucracy, although this is in the process of fully moving to Dodoma. In addition, it is Tanzania's most prominent city in arts, fashion, media, music, film and television and a leading financial centre. The city is the leading arrival and departure point for most tourists who visit Tanzania, including the national parks for safaris and the islands of Unguja and Pemba. Dar es Salaam is also the largest and most populous Swahili-speaking city in the world
The Tanzania Ports Authority (TPA) and PSPF Pension Twin Towers both in the background are the tallest in East and Central Africa. It is the capital of the co-extensive Dar es Salaam Region, which is one of Tanzania's 31 administrative regions and consists of five districts: Kinondoni in the north, Ilala in the centre, Ubungo, Temeke in the south and Kigamboni in the east across the Kurasini creek. The region had a population of 4,364,541 as of the official 2012 census

Global Group Company Overview:
Global Publishers and General Enterprises Limited is a registered private company dealing in publishing of weekly Swahili newspapers in Tanzania, namely; Uwazi, Ijumaa, Championi, Amani, Risasi & Ijumaa Wikienda. The Company was established in 1998 under the Tanzania Company’s ordinance with its head office in Dar es Salaam, Tanzania – East Africa.  It has over 20 regional agents in Tanzania, who distribute and sale our newspapers throughout the country.
New Job Opportunities at Global Publishers and General Enterprises Limited June, 2021
Global Publishers and General Enterprises Limited It provides employment opportunities for fresh Tanzanian college graduates to join them in Global Group Internship 2021 for Young Tanzanian program. 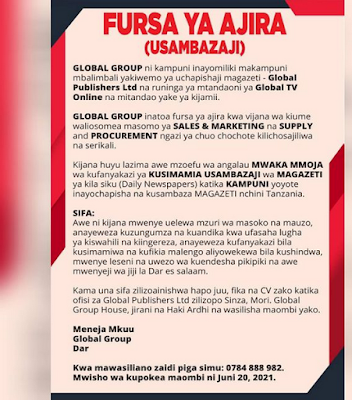