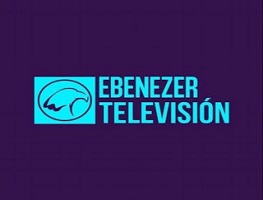 The Media History of Tanzania
Radio broadcasts began on July 1, 1951. Until 1994, there was no single television network operating on mainland Tanzania. The only station of the United Republic was Television Zanzibar (TVZ), which was established in the early 1970s. ... In addition, the importation of TV sets was banned by law in 1974.

In the past five years or so, the number of Tanzanians with televisions has risen at an amazing rate so that now, most ‘middle class’ urban Tanzanians own a TV. When I visited Mazengo Secondary School in Dodoma recently, I was told that nine out of the ten teachers have a TV.
In Dar-es-Salaam there are now seven terrestrial channels. The longest established, claiming to have 76% share of the viewers is ITV, owned by Reginald Mengi and the IPP media group (www.ippmedia.com) which broadcasts to the whole of Tanzania a mix of news (in Swahili and English), Swahili dramas, imported soaps and dramas from America, the UK, and South Africa, music videos (mostly Tanzanian these days) and an impressive selection of European football matches.

There are also some children’s programmes and imported cartoons. While the tone of the news programmes is quite well balanced, there is some evidence of bias. When I was there Reginald Mengi had donated some money to establish a school for Maasai girls in Monduli and about 10 minutes airtime was devoted to pictures of the girls at various celebrations on national news bulletins for several successive days in a fairly blatant act of self promotion. ITV’s sister channel (owned by Reginald Mengi’s son) has recently been renamed from ITV2 to Channel 5 (East African TV). This broadcasts mostly music videos to major cities in Tanzania, Uganda and Kenya.
The second longest established TV station (ignoring state-run TV Zanzibar (http://www.tvz.co.tz/) and the biggest competitor to ITV is Channel 10, owned by the Africa Media Group. This group also broadcasts DarTV and CTN stations in Dar-es-Salaam.
Star TV is based in Mwanza (www.startvtz.com) and broadcasts a mix of programs including some BBC and Voice of America news, although you need a satellite dish to receive it outside the main cities.

Finally, TV Taifa is the national TV channel, officially launched in 2000 though it has really only been widely available since last year. Tanzania was apparently the last county in the world to have a national TV channel, partly due to the late Julius Nyerere’s reluctance – he viewed it as a waste of money and feared that it would divide the urban and rural populations, which indeed it has done. In rural villages there are still very few TVs, run on generators or photovoltaics where there is no electricity.
I was shown round the ITV/Channel 5 studios in Mikocheni, Dar es Salaam by Robert Mmbando, a news coordinator. The equipment is not of a standard one would see at a BBC studio, but there are two air conditioned studios and powerful computers for digital video editing which are helping to make the output more and more professional.