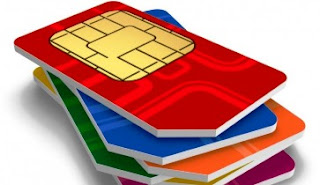 In a statement released yesterday, TCRA said that victims of the imminent mass switch off of SIM cards will have an opportunity to retrieve their numbers after either getting a national identity card or just ID number from the National Identification Authority (NIDA).
“Those whose SIM cards will go off after the January 20 deadline will choose either to register the same numbers biometrically or get completely new ones,” the statement reads.

The notice did not however state a time limit in which a number previously used by a subscriber can wait before being declared vacant and assigned to another user by the respective service provider.
The regulator reminded all those who have registered their lines biometrically to confirm the same by dialing *106# upon which they will receive a message stating the number and name of the subscriber.
Early last month President John Magufuli announced an extension of the registration deadline to January 20. Earlier, the president had set out until the end of the year for the biometric registration exercise which was instructed to take place from May 1 to September 30 and proved a failure, so Dr Magufuli pushed it to the end of the year before adding another 20 days, but crowds still simmer in registration offices.
Recently Home Affairs minister Kangi Lugola dismissed two NIDA regional and district officials for deliberately delaying distributing cards already worked upon by NIDA headquarters. Biometric registration is supported by NIN and SIM card holder’s fingerprints.

Speaking shortly after he registered his telephone line, the president said the deadline extension will also provide a chance to Tanzanians who couldn’t register due to various reasons including sickness to complete the exercise. He registered his SIM card at Chato town in Geita region.
NIDA is responsible for issuance of the national identification numbers (NIN). At one time the president directed the NIDA director general to drive urgently to Morogoro municipality and sort out problems of registration in the district and region as a whole, after querying what NIDA officials were doing, in a public accountability telephone conversation with the NIDA director general.

The government considers biometric registration of SIM cards as crucial to enhance national security and control crime. “Despite security organs arresting a number of criminals, yet such incidences happen in our community causing inconveniences, loss of money and properties,” the president had stated.