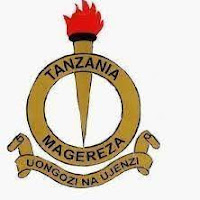 Vigezo na Sifa za Kujiunga na Jeshi la Magereza 2023  The Tanzania Prisons Service was officially established as a fully-fledged Government Department on 25 August 1931. “The Mission of the Prisons Service is to effectively contribute to community safety though adequate custodial sentence management and supervision of offenders, proper management of custodial remand services, design and implementation of programmes and services which address offenders’ rehabilitation needs and the offering of policy advice on crime prevention and treatment of offenders”.

1. Be a Tanzanian (Mainland Tanzania)

4. He must not have been found guilty of any criminal offence

5. He should be single/married

6. He should have the education of Form Four and beyond

7. Have a good attitude

8. May he be healthy

Other educational qualifications depend on the requirements of the relevant job advertisement at that time.

The basic responsibilities of the Prison Service are to receive and keep in prison all people who are brought to prison in accordance with the laws of the country and run various programs aimed at rehabilitating convicted prisoners so that they finally leave prison as good citizens.

In carrying out these duties, the Prison Service is responsible for following and respecting all the laws of the country as well as various international laws concerning human rights.

The purpose of this document of the Customer Service Agreement is to educate all customers who have relations with this entity about the following matters:-

2. Target customers of this Circular

The target customers of this document are:-

• Prisoners of all kinds entering prisons

• People who provide various services to prisoners, such as NGOs, religious sects, etc.
• Representatives/ambassadors of various countries in this country when they have prisoners of their countries in prisons.

– When he enters the prison for the first time

– When he enters prison from exile

– At the time of death or illness of a relative or neighbor.

– When he wants to make plans for work or support after finishing his sentence.

All letters entering and leaving the prison must be approved or approved by the Head of the Prison.
• The right to sign documents such as checks, wills, etc.
• The right to develop oneself with higher studies according to one’s previous academic qualifications.
• The right to access accommodation and food service at the rates set by the Government.
• The right to receive treatment and health care in general.