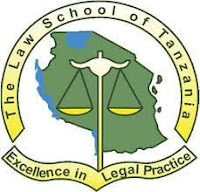 Tanganyika gained its independence from the British, who administered her after the end of the WWII under the United Nations Trusteeship; on 9th December 1961 she became a Republic on 9th December 1962. Zanzibar became independent on 12th December 1963. Prior to her independence, Zanzibar, which was ruled by an Arab Sultanate, and enjoyed a protectorate status under the British. One month after she gained independence, the Arab Sultanate regime of Zanzibar was overthrown by a popular revolution on 12th January 1964, which led to the creation of the Revolution Government of Zanzibar.

At the time of the Union, Tanganyika was governed by a political party know as the Tanganyika African National Union (TANU), the nationalist party which won the country its independence, while Zanzibar was rule by the Afro Shiraz Party (ASP) which had lead the popular revolution. The two states were by then governed under the one party system of government, i.e. the one party state democracy, which was then very prevalent in Africa. In 1977 the TANU and ASP merged to form the Chama Cha Mapinduzi-CCM party, (otherwise known as the Revolutionary Party), which continued to exercise political control through out the country under the one party regime.

The United Republic of Tanzania was under the leadership of one party system until 1992 when she adopted a new constitution, which enabled the organization of pluralist political parties, and hence in 1995 the first multi party democratic elections were held in the country. Since 1995 the country has held such multi party elections in 2000, and 2005.