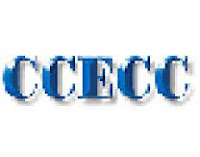 As one of the pioneers performing international contracting and economic cooperation, China Civil Enginering Construction Corporation (CCECC), formerly known as Foreign Aid Department of the Ministry of Railways of China, is the core member of China Railway Construction Corporation( CRCC), which is listed as world's top 500 corporations.

As the first Chinese enterprise to enter Israeli market, while undertaking top-quality engineering projects listed above, CCECC has always remained committed to our own mission and responsibilities to give back to the society and benefit the people of Israel.

On January 24, 1992, China and Israel established diplomatic relations officially. CCECC followed the pace of our nation, and entered the Israeli market in 1993 subsequently. CCECC seized the opportunity that the Israeli government was building a large number of houses at that time, providing it with labor services, and conducting labor subcontracting of skeleton and finishing work. The construction sites spread all over Israel.

In August 2011, CCECC and Danya Cebus (Israel Corporation) established a joint venture and won the bid for the design and build of the Gilon Tunnel. Through the successful implementation of this project, CCECC has completed the transformation from tunnel subcontracting to main contracting. The project was completed in September 2014 with 4 months ahead of the contract schedule.

In June 2015, CCECC and Danya Cebus won the bid for Carlebach Station of Tel Aviv Red Line Light Rail. On November 30 of the same year, it won the bid for the Design and Build of the East Segment of Tel Aviv Red Line Light Rail. It signals that CCECC successfully transformed from tunnel adopting drilling and blasting method to tunnel adopting TBM. Currently, the projects are coming to the end.

Please send your application through this email address: zhongtuisakamwanza@gmail.com