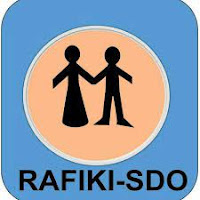 Rafiki-SDO in partnership with PACT implement the USAID Adolescents and Children HIV Incidence Reduction, Empowerment and Virus Elimination project (ACHIEVE). The Organization was established in January 2005 and registered under the NGO Act of 2002, issued with a registration number No.00NGO/00006336 to operate in Tanzania Mainland.

ACHIEVE is a five-year global effort to reach and sustain HIV epidemic control among pregnant and breastfeeding women, adolescents, infants and children. The project is funded by the U.S. Agency for International Development and implemented by a Pact-led consortium of top global HIV/AIDS partners. The ACHIEVE consortium works with USAID Missions, national governments and existing response partners to identify gaps in HIV prevention and treatment programming among target populations. As part of its strategy, ACHIEVE is working to prevent and respond to gender-based violence and to empower youth to own their own future.

Currently Rafiki-SDO is implementing projects in 5 regions and 14 Councils in Tanzania mainland including Shinyanga ,Geita ,Kigoma, Rukwa, and Mara regions and funded by different donors. Only shortlisted candidates will be contacted

The organization  wishes to recruit qualified, experienced, motivated and dynamic individuals in the following positions available. READ FULL DETAILS THROUGH THE PDF DOCUMENT HERE BELOW: