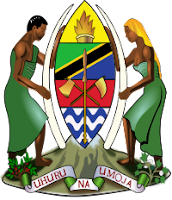 Mtwara Mikindani Municipal District Council is one of eight regional councils of the Mtwara Region in Tanzania. It is bordered to the north by the Lindi Region, to the east by the Indian Ocean and to the south and west by the Mtwara District. In 2016, the municipality has a total population of 113,732.Nafasi za kazi za watendaji wa mitaa 2022,nafasi za kazi za watendaji wa vijiji 2022

Mikindani was founded in the ninth century during the peak of the Swahili period. After the Portuguese in the 16th century and then Omani conquest it regained its former satus as a centre of trade in southern Tanzania during the eighteenth and nineteenth centuries.[4] The original inhabitants (the Makonde people) became Swahilized by the ninth Century AD. A further influx of Arabs occurred in the 19th century under the reign of Seyyid Said, the graves and mosques from this period can still be seen.

In the late 19th century under German colonial rule trade in the area’s natural resources of rubber, sisal, coconuts and oil seed grew. The boma (fort), a slave market, a prison and a dock were constructed in the village. During World War I the prison was largely destroyed, what remained was turned into a customs house. With the arrival of the British at the end of the First World War, Mikindani remained an important administrative post and attracted a sizeable Indian population (there is still an Indian temple) until 1947 when the British administration developed the port in neighbouring Mtwara for exporting peanuts grown as part of the infamous Tanganyika groundnut scheme.