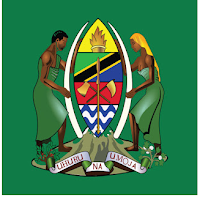 Kagera is one of Tanzania's 31 administrative regions. The region is located in the northwestern corner of Tanzania on the western shore of Lake Victoria. The region neighbours Uganda, Rwanda, and Burundi and lies across the lake from Kenya. The region was known as West Lake before June 1979. .

The regional capital is the city of Bukoba. According to the 2012 national census, the region had a population of 2,458,023, which was lower than the pre-census projection of 2,763,329.[2]:page 2 For 2002-2012, the region's 3.2 percent average annual population growth rate was tied for the third highest in the country. It was also the ninth-most densely populated region, with 97 people per square kilometre.

Karagwe is one of the eight districts of the Kagera Region of Tanzania. It is bordered to the north by Uganda, to the east by the Bukoba Rural District, to the southeast by the Muleba District, to the south by the Ngara District and to the west by Republic of Rwanda, from which it is divided by the River Kagera.  According to the 2002 Tanzania National Census, the population of Karagwe District was 425,476.  To get to the Karagwe region the easiest way is taking a bus. To get around use dalla-dallas (small buses) or piki-pikis (motorbikes)  Small lakes such as the Ikimba, Burigi, Rushwa, and Rwakajunju provide fishing opportunities for residents of the Karagwe District.