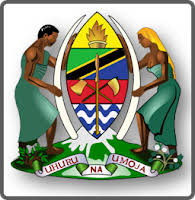 Mbeya is a city in southwest Tanzania. It sits at the base of soaring Loleza Peak, between the Mbeya and Poroto mountain ranges. On the town’s outskirts is Lake Ngozi, a huge crater lake surrounded by dense forest rich in birdlife. Kitulo Plateau National Park, southeast of the city, is known for its colorful wild flowers.

Farther south is Matema Beach, a resort town on the shores of the vast, fish-filled Lake Nyasa

Mbeya City Council is one among the seven (7) Councils in Mbeya Region, others being Chunya, Mbarali, Kyela, Rungwe, Busokel and Mbeya District. It has both the highway Tanzania- Zambia road (TANZAM) and the railway line Tanzania – Zambia Railway Authority (TAZARA) linking Tanzania to Southern African countries, which passes through the City making it one of the famous and important entry and exit points in the country.

The City has also additional functions as the District and Region Head Quarters. Moreover the availability of infrastructure in the City, labour supply, land, reliable water supply and electricity, air port, Good Governance and markets create good environment for investments both Local and Foreign. According to the 2012 National Census, Mbeya City Council had a total population of 385,279 in habitants, out of which 182,620 (47%) are male and 202,659(53%) are female. The city population growth rate is 4% compared to the national average of 2.7%. Vision Council vision is to improve and bring sustainable economy for the people in order to reduce poverty among them by 2025.