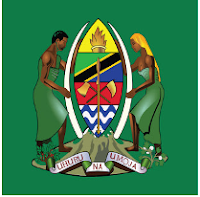 Rungwe District is one of the eight District Council which form Mbeya Region.

To be a highly competent and autonomous Local Government Authority which prepares and enables the community to act and achieve sustainable development.

Rungwe District Council is committed to improve the people standard of living through all stakeholder collaboration in utilizing available resources and other opportunities for development and deliver quality social and economic services.

The climate condition of the District is a function of altitude. The District is mountainous with Rungwe Mountain and Livingstone ranges rising from an altitude of 770 meters to 2265 meters above the sea  level. Rainfall  average ranges from 900 mm in the low land areas to 2700mm on the highland. Temperature are generally modest and range from 180C – 250C Throughout the year.

The District consist of 4 divisions namely Tukuyu Urban, Ukukwe, Pakati and Busekelo. There are 37 Wards and 162 registered villages. The village are further sub-divided into 742 sub-villages, popularly known as hamlets.

The district’s population density is 171 per sqm

Stakeholder analysis attempts to understand perceptions, expectations, and priorities of all those who have an interest either direct or indirect in an institution.

However, in order to identify key issues for Rungwe District, the Council undertook stake holder analysis exercise and its results are expressed as indicated in table 2.

SOME OF KEY STAKE HOLDERS