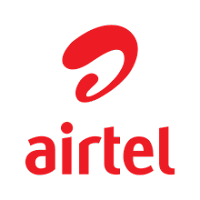 Airtel Tanzania Limited is the third-largest telecommunications company in Tanzania by number of customers, behind Vodacom Tanzania and Tigo Tanzania. As of September 2017, Airtel Tanzania had 10.6 million voice subscribers.

As of December 2017 according to data provided by the Tanzania Communications Regulatory Authority, Airtel Tanzania controlled 27.1 percent of Tanzania’s mobile telephone market by customer numbers, at that time estimated at 10.86 million.

Airtel Tanzania PLC wishes to recruit for a Regulatory & Government Relations Manager. The role reports to the Head of Regulatory Affairs in Regulatory and Corporate Communications Department.

He/She will be responsible to Manage regulatory compliance and liaise with line management to ensure compliance, coordinates regulatory relationship between the Company and all stakeholders in the sector. Manages the company internal and external communications. airtel tanzania jobs 2022

Coordinates media and public relations, including presentations and written communications which inform relevant stakeholders, media representative and the public about the company. Responsible for developing and implementing communication policies and programs that supports the organization’s overall strategic direction.

Interested and qualified candidates are invited to apply for the role by sending an application letter and CV to Recruitment@airtel.co.tz .. State the name of the vacancy as your subject. The deadline for the Application is 5:00 PM on Thursday 24th February 2022

Only shortlisted candidates will be contacted.