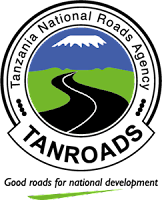 The Tanzania National Roads Agency (TANROADS), is an Agency under the Ministry of Works and Transport which is responsible for the Development and Maintenance of the Trunk and Regional Roads Network in Tanzania Mainland.

Apart from this, it is also responsible in conducting Axle Load Control Operations and Airport Construction. The Tanzania National Roads Agency (TANROADS) for and on behalf of the Government of the United Republic of Tanzania entered into a Contract for the Upgrading of Mianzini – Olemringaringa Ngaramtoni Juu & Olemringaringa – Sambasha/Timbolo Roads to Bitumen Standard (18km). The duration of Construction Supervision and Defects Liability Period is 15 and 12 calendar months respectively.

The Regional Manager’s office TANROADS – Arusha, on behalf of the Chief Executive, TANROADS intends to recruit qualified and competent Staff to fill the following vacant posts in the PDF FILE attached below: