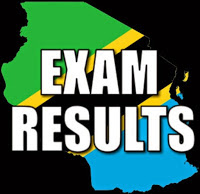 The Curriculum continued to be under the Ministry of Education and the University College, Dar es Salaam until when it was taken over by the newly established, autonomous Institute of Curriculum Development (ICD) in 1975, which in 1993 was renamed as the Tanzania Institute of Education (TIE)

Dar es Salaam. The National Examinations Council of Tanzania (Necta) has nullified the results of 214 candidates in the Standard Four, Form Two and Form Four examinations for malpractices.

This was said by the National Examinations Council of Tanzania’s (Necta) Executive Secretary, Dr Charles Msonde while announcing the results of Standard Four, Form Two and Form Four on Saturday January 15, 2022.

Dr Msonde also said the Examination Council has withheld the results of 555 candidates who had health problems and failed to do the exam for all subjects.

"The relevant candidates have been given the opportunity to do the exam for subjects they missed due to illness in 2022 in accordance with section 32 (1) of the examination regulations," said Dr Msonde