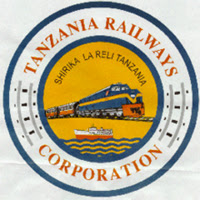 Mwanza. The Director General of the Tanzania Railways Corporation (TRC), Masanja Kadogosa has said the construction of a modern railway from Mwanza to Isaka  will create more than 86,000 jobs for Tanzanians.

be patient, implementing these projects will make our economy efficient

The concept of economic growth can pose a conundrum for civil servants and even the public. lower classes, as part of national development goals.

When I look at the strategic projects undertaken by the government, I see that they are very productive nationally, with the potential to boost the national economy, create jobs and reduce the debt we owe.

Our country Tanzania was fortunate to be promoted to the middle class, by 2020 by the World Bank. It is clear that many countries around the world were economically shaken during the corona virus epidemic, which is still a global threat in this sixth wave.

On the occasion, President Samia stressed the importance of completing these projects in boosting our nation's economy.

"I am with you, we will look at the loans that are suitable for us, led by the Governor of the Bank of Tanzania (BOT) and the minister are here, we will take and complete the railway as we planned to work, make money so we can repay the loans we take," he said.

Completion of these projects paints a realistic picture of job creation for youth, as well as increasing output in the country, especially in tax payments. Our country has many projects that need to be completed and the government is still working to ensure that it completes those projects.

The time when Tanzanians should be united is this, by sticking with President Samia in implementing the development activities of our country.

I confirm this when the President said in these strategic projects, there were some people who were waiting to see the projects stalled, so that they could have something to talk about, but the President insisted no one would get stuck.

He said: "There is a project at Nyerere Dam, Busisi Bridge, I do not know road projects, I do not know railways and all the rest, we are not owed any money, the contractors have been paid all, we are the only ones left claiming work".

The sages' statement of 'unity is strength Separation is weak' we Tanzanians must live with to ensure that our goal of completing these projects achieves a better solution.

This SGR project will have significant benefits not only for Tanzania but also for African development. When President Samia laid the foundation stone for this construction from Mwanza to Isaka in June this year, he highlighted one of the importance of these projects.

The Director General of the Tanzania Railways Corporation, Masanja Kadogosa, says construction from Mwanza to Isaka will create more than 86,000 jobs for Tanzanians.

According to Kadogosa, the railway from Mwanza to Isaka will be 341 kilometers long, "this construction will cost Sh3.1 trillion and we have already built a camp to start this construction."

He noted that the construction of the railway would help reduce costs and inconvenience to traders who import goods and have to travel to Dar es Salaam to receive their goods.

"We want to bring Dar es Salaam to Mwanza instead of people traveling to pick up their luggage in Dar es Salaam they will pick it up here," said Kadogosa.

It is a benefit that the completion of all strategic projects will reduce costs and inconvenience to traders who import goods and have to travel to Dar es Salaam to receive their goods.