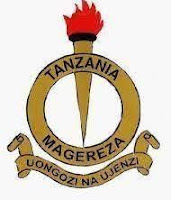 After the independence of mainland Tanzania, the Prisons Service continued to be led by the British Commissioner of Prisons, Mr. Patric. Manley until 1962 when the Army began to be led by patriots Kuitwa kwenye mafunzo Magereza 2022,Kuitwa kazini magereza 2022,

Following the Government’s strategy to enhance its performance, it has provided employment opportunities to Ministries and various Government institutions in various positions according to its requirements..

In that context, the Commissioner General of Prisons, Major General Suleiman Mungiya Mzee announces 700 job vacancies to join Prison Army for the year 2021 for those with a Form Four education and those with various professions / skills as outlined in this advert.