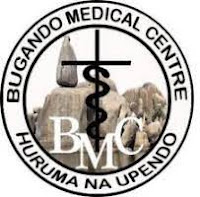 Bugando Medical Centre is a tertiary care medical facility owned by the Episcopal Conference of the Catholic Bishops of Tanzania.

The Catholic Church built the Hospital between 1968 - 1977 and it was offically opened by His Excellency the late President Julius Kambarage Nyerere on 3rd November 1971. In 1972 the Hospital was nationlized by the Government. However, in October 1985 the Government handed back the Hospital to the Tanzania Episcopal Conference of the Catholic Bishops of Tanzania who is the owner with an agreement that the hospital be run in partnership with the government to provide Government Services as a referral and consultant hospital for the Lake Zone.

Bugando Medical Centre is a referral, consultant and university teaching hospital for the Lake and Western zones of the United Republic of Tanzania. It is situated along the shores of Lake Victoria in Mwanza City. It has over 950 beds and over 1300 employees.

It is a referral tertiary specialist care for eight regions and serves a catchment’s population of over 14 million people.

It is an exciting time to join our team as we will be opening a new radiotherapy centre located in the state- of- art oncology wing building at the hospital with Co-60 machine and conventional simulator to make it a regional hub for cancer treatment. It is the second established centre in the country.

Mwanza is Tanzania’s second-largest city, and the lake region’s economic heart. Mwanza is set on Lake Victoria’s shore, surrounded by hills. In addition to being a stop on the way to Rubondo Island National Park, Mwanza is a great starting or finishing point for safaris through Ngorongoro, Serengeti national parks and Mount Kilimanjaro.