Call For Interview at PCCB (TAKUKURU) 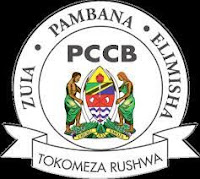 Tanzania’s Prevention and Combating of Corruption Bureau was founded to find corrupt officials. President Joseph Pombe Magufuli has been credited with strengthening the PCCB, which had previously been described as a “toothless dog”

Call For Interview at PCCB (TAKUKURU) 2021

Tanzania‘s first anti-corruption agency dates back to 1974 when Act No. 2 mandated the establishment of an Anti-Corruption Squad. In 1991, the squad was restructured; the name changed to the Prevention of Corruption Bureau (PCB), and the organization was placed de jure under the President of the United Republic of Tanzania (URT). In July 2007, the Prevention of Corruption Act (PCA) was abolished and replaced by the current Prevention and Combating of Corruption Act (PCCA) which renamed the PCB the “Prevention and Combating of Corruption Bureau” (PCCB). The PCCB is an independent body under Section 5 of the PCCA. The mandate of the PCCB applies only to mainland Tanzania. In Zanzibar, corruption is investigated by the police under the direction of the Attorney General.

Does your government have a single or primary anticorruption strategy?

National Anti Corruption Strategy and Action Plan (NACSAP II ). NACSAP II ended in 2011, the review was done in 2012/2013 and we are waiting for the NACSAP III to be launched by the Government any time.

What are the main anticorruption laws of your country?