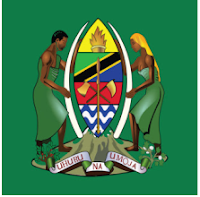 Mtwara Regional Referral Hospital (Ligula) was officially opened on 14/10/1964 by the First President of the United Republic of Tanzania Hayati Mwalimu Julius Kambarage Nyerere, The hospital started with a few buildings near the current reception.

The parents’ ward “Frelimo” was a Mozambican war casualty hospital built by the Frelimo party known as “Americo Boavida Hospital”. Currently the ward has been renovated and is being used as a classroom for the Nursing College (NTC MTWARA). Maternity services are provided in a new parent ward building built with the help of the German development agency (GIZ).

Send Your Application Letter to the below address

The hospital serves as a referral hospital for all hospitals in the Mtwara region with a total population of about 1,451,078 million. However, the majority of these patients come from Mtwara and Mtwara Rural Municipal Councils where these Councils do not have district hospitals. At present the hospital has a capacity of 241 beds (bed capacity), the bed occupancy rate is 36% and the average hospital stay (Avarage length of stay) is 4 days.
Next Post
Previous Post