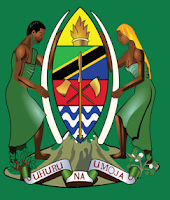 Kigoma Region is one of Tanzania's 31 administrative regions. The regional capital is the city of Kigoma. According to the 2012 national census, the region had a population of 2,127,930, which was higher than the pre-census projection of 1,971,332. For 2002-2012, the region's 2.4 percent average annual population growth rate was tied for the fourteenth highest in the country. It was also the sixteenth most densely populated region with 57 people per square kilometer. With a size of 45,066 square kilometres (17,400 sq mi), the region is slightly smaller than Estonia (45,227 square kilometres (17,462 sq mi)). .

History
In precolonial Africa the region was a source of ivory and slaves. Tabora and Ujiji were Arab staging areas for shipments to the coast. It was visited by the early European explorers Richard Burton, John Speke, David Livingstone, and Henry Morton Stanley. In fact, Stanley met Livingstone in Ujiji on the shores of Lake Tanganyika on 27 October 1871. In colonial times, the Kigoma area was known as the Western Region and the capital was Tabora.