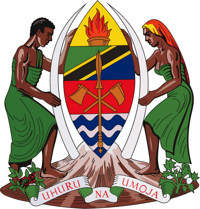 The Government through the Office of the President – PMO-RALG in collaboration with the Benjamin William Mkapa Foundation, under the auspices of development partners in the country, has successfully recruited 960 new Health Workers in various cadres and 1986 Community Level Health Service providers for contracts starting. one year and on wards.
Read Also:

Speaking to the media the Deputy Secretary General for Health Office of the President PMO-RALG Dr. Grace Magembe on behalf of the Minister of State Office of the President – PMO-RALG Hon. Ummy Mwalimu has highlighted the contribution seen by stakeholders in the health sector by facilitating access to employment for health workers at the Local Government level.

He said these jobs have been provided for contracts starting from one year onwards, in contrast to the 2720 jobs in the health sector announced recently through the order of the President of the United Republic of Tanzania Hon. Samia Suluhu Hassan.

Dr. Grace explained that the staff have been recruited from the President’s Office-PMO-RALG database as qualified applicants for Health jobs advertised in the past but could not all be employed due to the shortage of vacancies.

The availability of these staff members is part of the Government’s plans in collaboration with stakeholders to put in place strong systems for providing health services to all Tanzanians.

This number of employees has come at a time when the Government is fulfilling its priorities especially in ensuring the provision of quality services in dealing with infectious and non-communicable diseases and in parallel with increasing the capacity to fight epidemics such as Infectious Diseases (COVID – 9) ‘said Dr.Grace.

Speaking at the session, the Chief Executive of the Benjamin Mkapa Foundation Dr. Ellen Mkondya Senkorona said the stakeholders who facilitated the recruitment of the staff are the Global Fund to Fight AIDS, Tuberculosis and Malaria (Global Fund), UNICEF, Irish Aid and Foreign, Commonwealth and Development Office (FCDO) who have provided Tanzania with funding through the Institute. of the Benjamin William Mkapa Foundation so that it can hire such staff.

Dr. Ellen added that the amount of money that will be spent during the entire employment of these employees to pay salaries and other entitlements is 19 billion shillings.

These jobs have come at a time when the Government through the Office of the President – PMO-RALG has built 102 District Hospitals, 488 Health Centers, 1198 Dispensaries and 840 staff houses, all of which require skilled and professional staff to provide quality services. 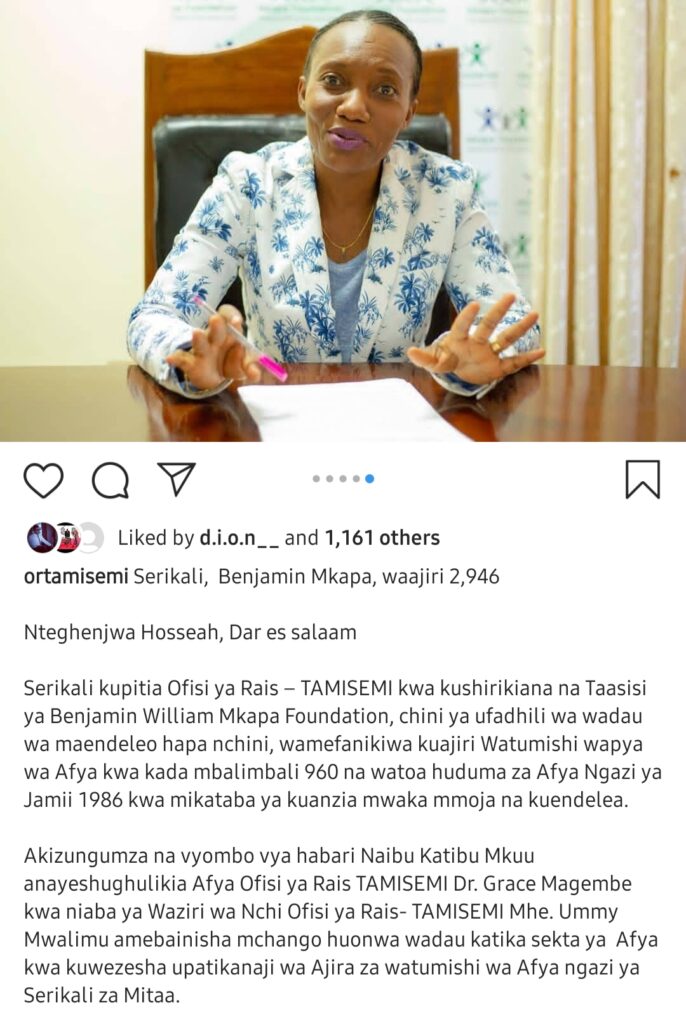 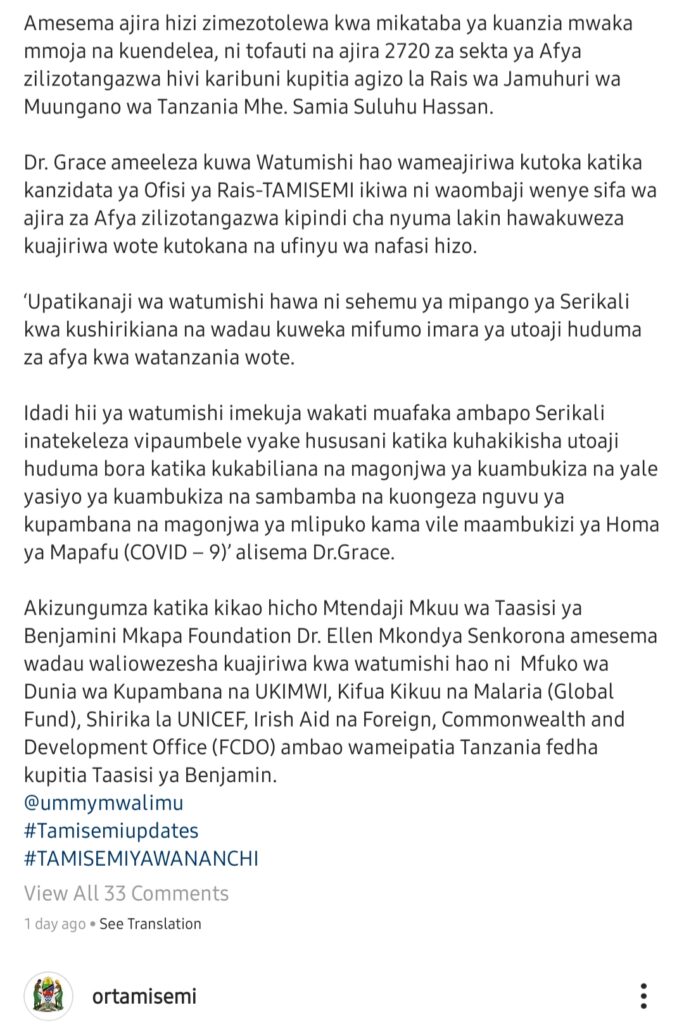