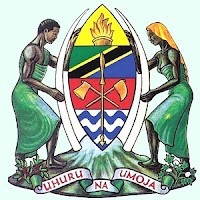 Mbinga District is one of the five districts of the Ruvuma Region of Tanzania. It is bordered to the north by the Njombe Region, to the east by Songea Rural District and Songea Urban District, to the south by Mozambique and to the west by Lake Nyasa

The Ministry also coordinates and supervises development planning and sectoral interventions on donor supported programmes at district and other locals levels; issues ministerial guidelines to Regional Secretariats and Local Government Authorities; and strengthen the channel of communication and information flow between the national and sub-national levels.