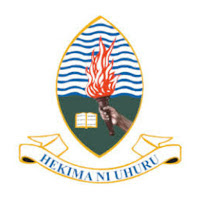 It was established with three main objectives, namely: to transmit knowledge as a basis of action, from one generation to another; to act as a center for advancing frontiers of knowledge through scientific research; and to meet the high-level human resource needs of the Tanzanian society.

Applications are invited from suitably qualified candidates for PhD Scholarship in Renewable Energy tenable at the University of Dar es Salaam, Department of Mechanical and Industrial Engineering under the “Widespread Use of Geothermal Energy in East Africa” research project. The project is funded by the Danish International Development Agency (DANIDA).

The University of Dar es Salaam is the oldest public university in Tanzania with a unique community of students and staff who are dedicated in bringing out the best in all its members. The aim is to provide the best possible environment for teaching, learning research and public services, and our track record of success is well known in East Africa, Africa and the rest of the world.

The University is led by the Vision “To become a leading Centre of Intellectual Wealth spearheading the Quest for Sustainable and Inclusive Development” and its Mission is, “The University of Dar es Salaam will advance the economic, social and technological development of Tanzania and beyond through excellent teaching and learning, research and knowledge exchange”.