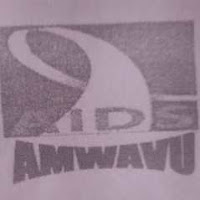 WOMEN LIVING WITH HIV AIDS in Swahili Akina Mama waishio na Virusi vya Ukimwi (AMWAVU) is a non governmental organization registered to operate in Tanzania Mainland since 14 February 2006 for registration No. 00NGO/0655 under NGO Act of 2002. AMWAVU as a NGO is formed with the vision of to Ensure Women Living with HIV/AIDS participate in issues affect them, non discrimination and segregation. And with the Mission of to be a premier Organization health service provider to the community especially to people living with HIV/AIDS

AIDS- The Acquired Immune Deficiency Syndrome- is defined as a disease indicative of a defect in cell mediated immunity occurring in a person with no known cause for immune deficiency other than the presence of Human Immune Virus- HIV. AIDS is the fourth and advanced stage of HIV infection and this condition gradually diminishes the effectiveness of the immune system and leaves individuals susceptible to opportunistic infections. Identified in 1981, HIV/AIDS within a single generation has become the most sweeping and detrimental epidemic the world has ever experienced.

HIV/AIDS is now recognised as a disease that affects women as well as men. Women are increasingly at high risk of becoming HIV positive due to biological vulnerabilities, low socio-economic status, dominant sexual practice of males and epidemiological factors. Men are more efficient at transmitting HIV to women than women are to men, and women are biologically more vulnerable to HIV infection than men. As the receptive partner, a woman has a larger mucosal surface exposed during sexual intercourse. In addition, semen contains a higher volume and concentration of virus than vaginal or cervical secretions.

The risk of being infected with HIV during unprotected sex is two to four times greater for a woman than for a man. Women often have little power or control over decisions relating to the sexual behaviour of their partners, such as condom use and safer sex, and over access to primary prevention information. Women are also vulnerable to coerced sex including marital and non-marital rape, sexual abuse in and outside the family. This sexual subordination of women makes it difficult for them to protect themselves from sexually transmitted infections (STIs), including HIV infection.