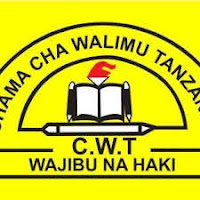 Overview
Tanzania Teachers’ Union alias Chama cha Walimu Tanzania (CWT) is a trade union of teachers in Tanzania mainland. The union was formed in 1993 for the purpose of advocating for and promoting the rights of teachers in Tanzania. It is a voice of teachers in Tanzania where it seeks, not only to
inform teachers on their right, but also covey message to policy and decision makers, planners and the entire population on the need for environmental and institutional change towards teachers and inform on the necessity for mainstreaming the constituency’s plight in the national agenda.

History
The union was formed in 1993 with the intent of advocating and promoting the rights of teachers in Tanzania. In 2006, the union's president Margaret Simwanza Sitta was appointed as Minister of Education and Vocational Training by President Jakaya Kikwete.
The union had observer status at the 17th Ordinary African Union Summit in 2011. In 2012, 200,000 teachers went on strike after 95.7 percent of Union members voted in favour. Union chairman Gratian Mukoba said that a pay rise was necessary.  In May 2017, the union condemned the sacking of 10,000 civil servants.
Read Also:
NEW JOB OPPORTUNITIES (1,816+ POSTS)


Leadership
Leah Ulaya is the current union president.Christopher Banda is the Vice President.
Ezekiah Oluoch was the deputy secretary general.

The deadline for submitting the application is September 21st, 2020