Job Opportunities in KIGOMA, SIMIYU and ZANZIBAR at HelpAge International 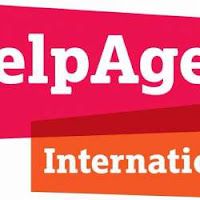 PSN Data Associate
HelpAge International wishes to recruit a PSN Data Associate (PDA) for the Burundian Refugee Response programme based in Kibondo District in Kigoma Region, Tanzania. , We are looking for a dynamic person with relevant skills, experience and qualifications to join a dedicated team
responsible for implementation of Project activities for People with Special Needs (PSNs) and People with Disabilities (PWDs) including older persons in Nduta, Mtendeli and Nyarugusu.

A summary of the job purpose and person specification is indicated below while the full Job Description will be available on request to syone.simon@helpage.org copy to tanzania.office@helpage.org
Job purpose
To ensure PSN data are entered, stored securely, processed and managed sufficiently to inform intervention as per the needs identified within the framework of refugee response in Kigoma Region of Tanzania.
HelpAge is seeking for a PSN Data Associate with Information Technology (IT) skills to conduct all steps of Data collection, assessment and analysis. Data worker may be Centre based or work as part of a mobile outreach team. Strong awareness of and experience in working with issues around PSN information management system will be added value as essential for this post.
Person Specification


Interested applicants should apply with a CV of not more than 2 pages and a cover letter stating how they meet the key competencies by email to: tanzania.office@helpage.org

Applications should be sent before Tuesday 25th August 2020. HelpAge International is an equal opportunity mployer. Women are encouraged to apply. Only shortlisted candidates will be contacted.

Project: Making Governance Work for Older Women and Men in Tanzania.
Goal: Document stories depicting how older women and men championed accountability
Action By: External Consultant
Location(s) of the activity: Simiyu and Zanzibar
Implementation Dates: August, 2020
Background
By 2050, there will be over 2 billion people aged 60 and over compared to 928 million today, with the majority living in low and middle-income countries. The fastest growth is taking place in developing countries such as Tanzania. The Sustainable Development Goals (SDGs) with the ‘leave no one behind’ commitment has given older people new visibility in the post 2015 process. However, the scale, pace and impact of demographic ageing requires us to think beyond older people as a homogenous, minority or vulnerable group. Unless the heterogeneity of older populations is understood, it is not possible to develop successful policies or plans effectively.

Despite significant achievements made as a result of: interventions supported through AcT 1 (2011-2015), the relative political stability Tanzania enjoys, and the steady economic growth the country recorded over the years, deepening socioeconomic inequalities persist. This impacts the quality of life for older people in the country, mainly characterised by: poor access to essential public services such as healthcare, lack ofincome, isolation, and exclusion from national development plans, policies and strategies. Stereotyping, discrimination, and systemic exclusion of older people are common while age and gender-based violence, discrimination and abuse are rampant. CEDAW recognizes that “discrimination experienced by older women is often multidimensional, compounded by gender, ethnic origin, disability, poverty levels, sexual orientation and gender identity, migrant status, marital and family status, literacy and other grounds”. Tanzania is a highly gender unequal country, ranking 125th in the 2014 Gender Inequality Index. Gender inequality is widespread and is seen across all sectors from the household level to the job market and most obviously in the limited representation of women in political positions despite the 50/50 commitment made at the SDGs.

Consequently, the majority of the over 2.5 million people aged 60 and over, older women in particular, who this intervention will target, are disproportionately marginalised often invisible, voiceless, and lack protection from violence and abuse. They are denied the choices and participation, and their contribution to society is generally undermined. This is more pronounced in the three successive Global Age Watch Index reports that ranked Tanzania among the low performing countries in the overall wellbeing of older citizens. In the 2015 Global Age Watch Index, Tanzania ranked 91 out of 96 countries in access to incomes, ensuring health and security.

The AcT Phase 2 (AcT 2) interventions were proposed to ensure greater inclusion, dignity, access to quality health and care and secure lives through regular and sustainable universal income, and increased protection from wanton killings due to witchcraft accusations. This is consistent with the commitments made by the 5th Government as per its election manifestos and the various national policies and strategies and global and regional conventions and treaties to which it is a signatory.

Specific tasks are: Develop a narrative concept, and scenario for the video documentary

Deliverables/outputs
Duration of the Assignment
The assignment is expected to take 15 days from the date of signing the contract.


Technical requirements
Targets Groups to be included
HelpAge Staff, older women and men and Local government authorities.
Team Composition for the Activity
HelpAge staff, implementing partners and other key stakeholders in the localities.

How to apply
“Interested eligible bidders may submit quotes to the below address on or before 4:00pm of Friday 21st August, 2020. All offers should be properly filled in, sealed in envelopes marked “RFQ-ACT DOCUMENTARY CONSULTANCY” MUST be delivered to the below address:
The Country Director
HelpAge International, Tanzania
134 Migombani Street, Regent Estate, Mikocheni
P.O. Box 9846, Dar es Salaam, Tanzania.
Tel: +255(0) 22 2700169/2774796
Mob: +255 766 706 392.
Next Post
Previous Post