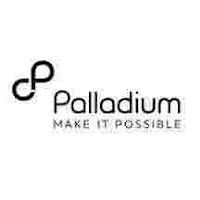 HP+ Tanzania Consultant— Formulation of a Population and Development Narrative
Job Summary
Palladium is seeking a qualified Tanzania-based consultant to support creating a sound, holistic and evidence-based narrative on “population and development linkages” in Tanzania. The development domains should be aligned with those currently prioritized by Tanzania’s government. The narrative will be developed through a review and synthesis of country-specific reports, secondary analysis of existing data, and insights from consultations with key stakeholders. This opportunity is not open to firms.

Job Description
1. INTRODUCTION
Health Policy Plus (HP+) is a USAID-funded global project implemented by a consortium of partners, led by Palladium (formerly Futures Group). HP+ works with stakeholders to strengthen and advance policy priorities in family planning and reproductive health (FP/RH), HIV, and maternal health. HP+ aims to improve the enabling environment for equitable and sustainable health services, supplies, and delivery systems through policy development and implementation, with an emphasis on voluntary, rights-based health programs, and by strengthening in-country partners’ capacity to navigate complex environments for effective policy design, implementation, and financing aligned to their priorities.
In Tanzania, HP+ is currently focused on the health areas of family planning and HIV/AIDS to: support execution of policies and strategic plans through the lens of performance monitoring and resource mobilization; generate high-quality evidence to support the planning and development of sustainable health financing policies and systems; and develop capacity of local civil society organizations to effectively conduct evidence-based advocacy.
Palladium is seeking a qualified Tanzania-based consultant to support creating a sound, holistic and evidence-based narrative on “population and development linkages” in Tanzania. The development domains should be aligned with those currently prioritized by Tanzania’s government. The narrative will be developed through a review and synthesis of country-specific reports, secondary analysis of existing data, and insights from consultations with key stakeholders. This opportunity is not open to firms.
2. BACKGROUND AND RATIONALE
In the late 1990s, Tanzania articulated its economic and social development aspirations in the Development Vision 2025, seeking to transform the country from a least developed to a semi-industrialised middle-income country with a modernised economy and high-quality human capital by 2025. Fostering human development and social transformation is one of the four priority areas of Tanzania’s Second Five Year Development Plan (FYDP II) 2016/17–2020/21, which serves to articulate strategies towards Vision 2025. Tanzania aims to improve the health, social and economic well-being of the population by achieving several key indicators, including reducing basic poverty from 28.2 percent in 2015 to 12.7 percent in 2025, and increasing the net enrolment ratio for primary education from 33.4 percent in 2015 to 95 percent in 2025.

Population dynamics such a fertility, population growth, and age structure, particularly in the context of persistent inequalities, exert a major influence on development processes and on inclusive and balanced growth and outcomes. Data from the 2017/18 National Household Budget Survey show that poverty is higher in larger households, and vice versa. The basic needs poverty rate is lowest in one-person households (1.7 percent) and highest for households with 7 or more household members (38.7 percent). Further, a recent World Bank 2019 Tanzania Economic Update showed that although Tanzania’s wealth increased by 45 percent between 1995 to 2014, wealth per capita decreased substantially, from US$20,900 to US$17,451, primarily due to high population growth.

Investments to achieve a balanced population growth rate which keeps pace with the country’s development, together with other investments in human capital and economic productivity, can accelerate economic growth. Known as the demographic dividend 1 , this boost arises through the impact of smaller family sizes on the maturation of the age structure. As the share of young dependents decreases relative to the size of working-age adults, savings, investment, and employment rates increase, boosting economic growth. Due to Tanzania’s high and slowly declining fertility levels, its age structure remains youthful, challenging the realization of the dividend.

Beyond economic impacts, population dynamics also affect broader development, including those areas of focus within the Sustainable Development Goals. Directly, investments in population – principally through increased access to and use of family planning – reduce the risk of maternal and newborn mortality by decreasing exposure to pregnancy and high-risk births. Indirectly, decreased family sizes and a more mature age structure facilitate human capital development, food security, the use of safely managed sanitation and water services, and more. For instance, strong FP investments, resulting in the achievement of the National Family Planning Costed Implementation Plan goal by 2023 and continued growth thereafter, could reduce food insecurity by an additional 38 percent by 2030 through its impact on decreasing food demands and alleviating strains around food supply and production.

While Tanzania is steadfast in propelling growth across different sectors, the country needs to further embrace and effectively manage the role played by population dynamics in development to bolster progress towards Tanzania’s Vision 2025. Currently, there are opposing narratives on the role of population and development in Tanzania, with a large population seen as an accelerator for economic growth by some, and an inhibitor by others Fortunately, Tanzania already has a wealth of local information and data on population and development linkages, including from the Demographic Dividend report, Household Budget Survey, World Bank Tanzania Economic Update 2019, among others. However, the information is fragmented and complex to understand for the purposes of influencing decision-making. Tanzania needs a cohesive and reframed narrative for population-development that is relevant to its national development goals, can resonate with public and private sector, and the general public, and influence meaningful action.
3. CONSULTANT ROLES AND RESPONSIBILITIES
The consultant undertaking this activity will work with a designated HP+ team and other select stakeholders to develop an evidence-based, easy-to-understand narrative linking population and development outcomes—particularly through the contribution of family planning—in Tanzania. Specifically, this narrative should capture the ways in which population dynamics can either facilitate or hinder development progress in those domains considered a priority for the Government of Tanzania. The purpose of this narrative is to provide decision-makers with clear, concise, and accurate information on which to base funding, policy and other development program decisions. This narrative must be responsive to the unique needs of decision-makers and framed/messaged in ways that are easy to understand.

To achieve this, the consultant will be charged with the following roles and responsibilities:
1. Develop and/or consolidate the evidence for the narrative by leveraging and triangulating credible information sources, including: 1) review and synthesis/distillation of peer-reviewed and/or grey literature, reports, and other key documents quantifying the relationship between population and development in Tanzania (and globally); 2) secondary data analysis; 3) insights from consultations with key stakeholders (e.g., academics, program implementers and others).
2. Assess the extent to which Tanzania is currently integrating population and development matters within and across priority development sectors (e.g., infrastructure, education, manufacturing, and agriculture) through 1) the review of key sectoral policy documents and annual plans; and 2) insights from consultations with stakeholders.
3. Identify the top five development priorities for the Government of Tanzania through 1) the review of key strategy and policy documents; and 2) insights from consultations with stakeholders.
4. Based on the above (1-3), develop a narrative linking population to development, with specific recommendations—or population-sensitive strategies and actions—for different sectors and stakeholder groups. The narrative should touch on multiple development sectors (or themes).
5. Produce a policy brief(s), editorial(s), and/or other materials to communicate the narrative in a comprehensible manner, and to discrete audiences identified through a systematic audience analysis exercise.
6. Orient and coach civil society organizations (CSOs) and other stakeholders to adopt and champion the narrative to: (i) create awareness and understanding of the key messages and supporting evidence; (ii) stimulate meaningful dialogue and action, and (iii) offer a credible source of information concerning the narrative.

5. APPLICATION
Applicant should submit their updated CV, a two-page cover note to describe their relevant experience and how it fits with the consultancy roles and responsibilities outlined above. Applicants must indicate their expectation of their daily rate. The contract is expected to be a deliverables-based, but HP+ estimates the period of engagement to span 30-45 days over several months. Applications should submit via this website on or before April 15, 2020. Questions can be submitted to Hpplus.tanzania@thepalladiumgroup.com
Next Post
Previous Post