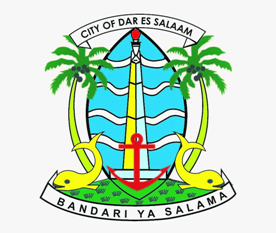 The city of Dar es Salaam began as a small fishing village known as the Village. The village was founded by the Jawans who mixed with the Nazarenes on the East African Continent and were known as the ‘Caravan Routes’. The construction of the Sultan’s Palace and the harbor began officially in 1865 in the village of Mzizima. The construction was completed in 1866 by Sultan Majid bin Said moving to Dar es Salaam that year.

Soon after the Sultan Majid bin Said moved to Dar es Salaam the city began to expand and its economy grew sharply despite the brief period when Sultan Majid bin Said died in 1870. The death of the Sultan led to the decline of Dar es Salaam. The situation began to change again in 1884 following the establishment of a German colony in East Africa. In 1891
The German colonial government decided to relocate its administrative headquarters in East Africa from Bagamoyo to Dar es Salaam. However, after the German defeat by the British in World War I in 1916, the city of Dar es Salaam remained the headquarters of the British colonial administration in Tanganyika until it gained independence in 1961. Dar es Salaam continued to be the capital Tanganyika became independent and eventually became the headquarters of the Government of the United Republic of Tanzania until 1972 when the Government decided to move its headquarters in Dodoma.

The Dar es Salaam Region in collaboration with ICAP a non-governmental organization whose primary aim is to contribute towards addressing public health priorities in the country and the world at large, intends to recruit staff that will foster
the achievement of therefore, would like to designated goals. The Regional invite the dynamic and suitably qualified Administrative Secretary
Tanzanians to fill 8 vacant posts. This job requires significant time for field work (100%).
For full job description Please PAKUA PDF File below

Be cautious: Never pay for securing a job: No Real employer seeks any fee from a job-seeker at any stage of the hiring process. EXPRESSTZ does not charge candidates for job applications or job offers.  Expresstz.com is committed to ensuring that all job ads on our site are for legitimate job opportunities. Report any employer asking Money from you.
Next Post
Previous Post