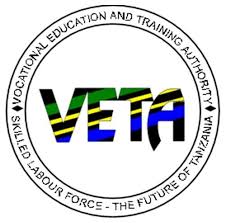 VETA Tanzania After independence in 1961, the Government inherited two Trade Schools operated by the Ministry of Education. These were Ifunda & Moshi Technical Schools. The schools ran a three-year training programme for youth who had completed primary school education and the curriculum was broad in the first year with subsequent specialization during the second and third years.

A period of two years indentured apprenticeship scheme was Songeaed to follow the school based training. Apprenticeship training was based on a 1940 ordinance; Cap.81 of the Laws. The schools were initially established to fill a real need because the country had neither the industrial network nor the skilled workers who could train others on the job. But while the curriculum placed great emphasis on workshop practice, the schools were at the same time conforming to the requirements of the education system instead of the industry system


2.0VACANT POSITIONS TO BE FILLED THROUGH TRANSFER VETA has sixty eight (68) vacant posts to be filled by transfer of Public Servants and invites applications from competent and qualified public servants to be considered for immediate transfer to VETA to fill the following vacant posts. Successful applicants should be ready to work in any VETA owned Centers in the country. The vacant posts are as listed below:-

MODE OF APPLICATION
Signed application letters should be written either in Swahili or in English and addressed to:
Director General,
Vocational Educational and Training Authority,
P. O. Box 2849,
Dar es Salaam.
5.0 DEADLINE
Deadline for application is 20th April, 2020.