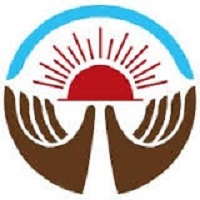 The company is providing attractive, diversified, affordable and dependable financial services to the active poor in a timely and competitive manner, that would enable them to undertake and develop long-term sustainable entrepreneurial activities in Tanzania.

ASA Tanzania is also creating employment opportunities and increasing the productivity of the active poor in the country, thereby increasing their individual household income and uplifting their standard of living. ASA Tanzania have more than 550 Tanzanian staffs as on October’2018 who are getting continuous in-house training for filling up managerial position.
ASA Tanzania is an equal opportunity employer who requires dynamic, loyal and committed young men and women who have passion for people’s socio- economic development to fill various positions for immediate appointment.

We are hereby inviting qualified citizens of Tanzania to be part of our team for the following jobs as detailed in attached PDF File.
DOWNLOAD PDF FILE AND MODE OF APPLICATION: For more details Download PDF FILE below:-