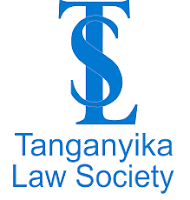 The following priorities have been identified as the key areas of focus for TLS. Some of them were derived from the Evaluation of the Strategy Plan for 2014-19, preparation of the Strategy Plan 2020-24, feedback from the Annual General Meeting (AGM), the Governing Council (GC), Chapters and other Key Stakeholders and Partners such as the Judiciary, Ministry of Constitutional and Legal Affairs (MoCLA), Parliament and Attorney General’s Chambers (AGC).

To create a conducive environment for the legal fraternity, facilitate the acquisition of legal knowledge, represent, promote and protect Members; to support the State Organs in legislation and administration of rule of law; and assist the Public to access justice in sustainable professional standards. To promote professional excellence for efficient legal service delivery to ensure access to justice and rule of law. TLS is an equal opportunity employer.

The organization is inviting applications from Tanzania to fill new vacancies. READ FULL DETAILS THROUGH THE PDF DOCUMENT BELOW: