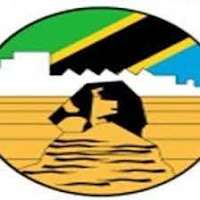 JVACEE JNHPP is a Joint venture company of Arab Contractors and El-sewedy Electric, dealing with the scope of Engineering, Procurement & Construction of Julius Nyerere Hydropower Project in Stigler’s Gorge in Tanzania, which is expected to produce 2,115 MW of installed capacity.

Julius Nyerere Hydropower Station is a hydroelectric dam under construction across the Rufiji River in eastern Tanzania. Although controversial, the government approved the plans in 2018. The power station is expected to have an installed capacity of 2,115 megawatts and to produce 5,920GWh of power annually serving approximately 60 million Tanzanians. Located across the Rufiji river, in the Stigler’s George, in the Selous Game Reserve, makes it aside from generating electric power as prime purpose, a control gate for deadly floods that occasionally result in major loss in lives and goods with severe impact on the national economy. The project meets most of the UN 17 sustainability goals as it manages wisely precious resource, creates thousands of jobs, bridge an energy gap, stimulate the economy, and open wide gates for investors to penetrate Tanzania.

The company is looking to hire individuals to fill new vacant positions. READ FULL DETAILS THROUGH THE PDF DOCUMENT BELOW: