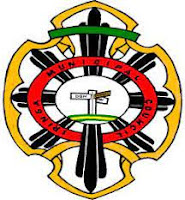 The municipality has one (1) Parliamentary Electro constituency and the Council has the role of facilitating activities related to social service delivery in its area of jurisdiction such as conducive environmental for investment at various levels of the municipality. Iringa region is composed by three districts which include: Iringa, Mufindi and Kilolo districts. Also it has five Local Government Authorities which include: Iringa municipal council, Iringa district council, Kilolo district council, Mufindi district council and Mafinga town council.

Currently the Vision of the Iringa Municipal is “to aspire a better and sustainable Living standards to its residents”, while its Mission is “to collaborate with their stakeholders to facilitate efficient and effective provision of sustainable socio-economic services to its residents” . Iringa region shares its borders with Singida and Dodoma in the North, Morogoro to the East, Njombe to the South, Mbeya and Singida to the West region.

The executive director of the council is inviting applications from Tanzanians to fill 50 new vacancies. READ FULL DETAILS THROUGH THE PDF DOCUMENT BELOW: