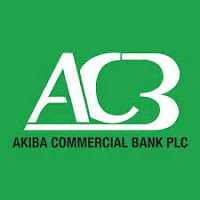 Akiba Commercial Bank Plc (ACB) commenced banking operations in August 1997 as an initiative of over 300 Tanzanian entrepreneurs who were inspired to move into micro-finance, by the moral and economical concern for the light of millions of Tanzanians.

These founding members were bound together by a strong conviction that in Akiba Commercial Bank they will have the vehicle through which they would reach and help transform the lives of previously unbanked and commercially ill equipped people around the country. The bank’s essence was to support the emergence of start-up Tanzanian businesses through the provision of financial services at all levels by a Tanzanian-owned commercial bank which understood the people it aimed to serve and was committed to. This was the original, very firm and deep rooted mission of its founding members.

Today ACB has expanded its services beyond Dar es Salaam successfully establishing itself as a strong presence in the Tanzanian banking sector which has one of the highest numbers of banks in Africa. The bank is an equal opportunity employer.

The esteem bank is seeking eligible and qualified applicants to apply for a new vacant position. READ FULL DETAILS THE PDF DOCUMENT ATTACHED HERE BELOW: