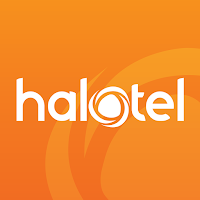 Viettel Tanzania Public Limited Company, trading as Halotel, is a mobile communications company, providing voice, messaging, data and communication services in Tanzania. It is owned by Viettel Global JSC which is the state-owned Investment Company from Vietnam investing in the Telecommunications market in several countries worldwide.

It has invested up to $1 Billion into the Tanzania’s telecommunications market.The Company was the first company in Tanzania allowed to lay its own fiber optic cable and has placed over 18,000 km of optic fibers, providing all 26 regions of Tanzania services. Halotel was launched in October 2015 and deployed in all 26 Tanzanian regions.[This was Viettel’s fourth investment in Africa after Movitel, Lumitel and Nexttel in Mozambique, Burundi and Cameroon respectively.

The company is looking to hire qualified and competent individuals to fill new vacant positions. READ FULL DETAILS THROUGH THE PDF DOCUMENT ATTACHED BELOW: