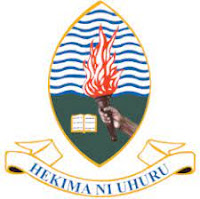 The University of Dar es Salaam (UDSM) is the oldest and premier public university in Tanzania. It is situated 13 kilometers on the western side of the city of Dar es Salaam, occupying 1,625 acres on the observation hill, famously known as Mlimani in Kiswahili.

It was established on 25th October 1961 as the University College Dar es Salaam (UCD), an affiliate college of the University of London. It was temporarily hosted in the premises belonging to Tanganyika African National Union (TANU) located in Lumumba Street, Dar es Salaam from its establishment up to 1964 when it was moved to the current location at the Hill.

At its inception, it had only one faculty, the Faculty of Law, with 13 students among them one female, Julie Manning. In 1963, it became a constituent college of the University of East Africa together with Makerere University College in Uganda and Nairobi University College in Kenya. UDSM became a full-fledged university on 1st July 1970 through Act No. 12 of 1970. UDSM inaugurated its Vision 2061, a blueprint charting the way for its future development. Emphasis has been placed on research and postgraduate training.

The University invites applications from suitably qualified Tanzanians to be considered for immediate employment to fill the following academic vacant posts: