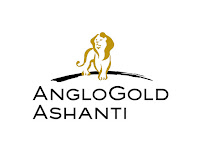 Applications are invited from ambitious, energetic and performance driven individuals to fill in internship position(s). READ FULL DETAILS  THROUGH THE PDF DOCUMENT BELOW: