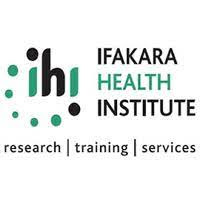 Job Vacancies at Ifakara Health Institute (IHI) 2022 Ifakara Health Institute (IHI) is a leading health research organization in Africa, with a strong track record of developing, testing and validating innovations for health. We are driven by core strategic mandate for research, training and services. The institute’s work spans across the full research lifecycle from basic science to policy and translation.

The Ifakara Health Institute was featured in the Al Jazeera Lifelines documentary The End Game in 2014.[7] Fredros Okumu gave a talk featuring the IHI at the TEDGlobal conference in 2017.[8]

The HR officer will be responsible for all day-to-day HR related activities of the Institute.

Position Summary
Ifakara Health Institute is seeking a qualified and experienced Human Resources Officer. The officer will be responsible for efficient and effective recruitment planning, selection services, onboarding, contract management, staff development, performance management and other HR activities. The officer will ensure that sufficient people are recruited, retained, trained and supported to fulfill the institute’s goals and objectives.

Qualification and Experience
Applicants must have a Bachelor’s degree in Human Resources or any related field and at least 3 years of relevant experience in the NGO sector.