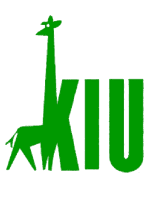 The main goal of the college was to run academic and professional courses offered by (KIU) through the Open and Distance Learning (ODL) mode of course delivery. On 15 January 2011, the Tanzania Commission for Universities (TCU) issued the college interim recognition through granting the KIU-DCC a Certificate of Provisional Registration (CPR) and, later on 27 September 2012, issuing the College a Certificate of Full Registration (CFR).

Five years later, vide a letter referenced CB.40/78/01/51, dated 17 July 2017, the Tanzania Commission for Universities (TCU) approved the aspired new status of KIU DCC as a full-fledged university under the new name.  The University’s first Chancellor was and still is His Excellency, Ali Hassan Mwinyi, the retired Third Phase President of Zanzibar as well as being the retired Second Phase President of the United Republic of Tanzania.

The University is seeking to recruit qualified and eligible individuals to fill new vacancies. READ FULL DETAILS THROUGH THE PDF DOCUMENT BELOW: