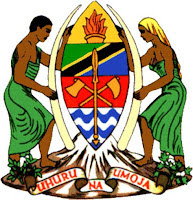 To the west is Kagera region while the South and Southern parts border Shinyanga region, Mara region borders Mwanza in the northeast. The region is divided into eight districts namely Ukerewe, Magu, Kwimba, Sengerema, Geita, Missungwi, Ilemela and Nyamagana (not included in the survey). The region headquarters is located in Nyamagana District.

The region has the largest population of any region in Tanzania. It has a population of 2,929,644 according to the 2002 population census. The main economic activities carried out by the region’s population are agricultural production, livestock keeping and to significant extent fishing. There is no commercial farming in the region. Subsistence farming is the main form of farming. The region possesses great development potential.

The governor’s office of mwanza region is inviting applications from Tanzanians to fill 335 vacancies. Read full details from the PDF Document below: