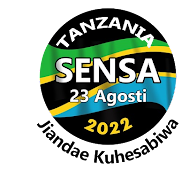 Every Applicant of Sensa Jobs Must Correct the Part of Gender Before 19/05/2022 Deadline for both who have finished the process of applying and those who didn't...

How to Correct this Part?

2. After Open you'll see a Red highlighted PART that alert you

3. Correct by Select your Gender (Mwanamume/Mwanamke)