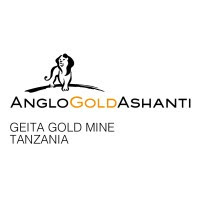 The mine is situated in the Lake Victoria Gold fields of Northwestern Tanzania, only about 85 km’s from Mwanza City and 20 km’s South east of the nearest point of Lake Victoria. The company has its head office in Geita, only 5 Km’s west of the fast growing town of Geita, and a supporting office in Dar es Salaam. The mine is committed to the sustainable development of the communities surrounding the mine and has continuously demonstrated this by actively partnering with the Government in improving social services including education, health, water and roads as well as other economic activities for the community surrounding the mine.

The mine has spent over TZS 30 Billion to execute several community projects in partnership with the Geita local authorities after amendment of the Mining Act in 2017.

The company is looking to hire individuals to fill various new positions. Read full details through the PDF file attached below: