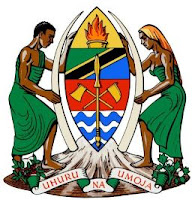 Mpwapwa is a market town, in the Dodoma Region of Tanzania. It is the district capital of Mpwapwa District. According to the 2012 Tanzania National Census, the population of Mpwapwa was 21,337

It is one of the oldest colonial districts in Tanzania, boasting local German colonial government headquarters, or bomas, in the early 1890s, and British administrative offices after World War I. It has long been an important educational town, with the oldest teachers’ training college in Tanzania (Mpwapwa TTC) and a secondary school dating back to the turn of the century that was originally called the central primary school. This was the only school for local residents who would form the work force for the colonial administration. The school was renovated during colonial rule to become a secondary school for boys. The school had the first African secondary school headmaster in the country, Mr Matthew Ramadhani, a Zanzibari, who died in an underground (subway) accident in the UK while on a study tour. Mpwapwa had one of the oldest veterinary research institutes in Tanzania, at Kikombo, which was later moved to Temeke in Dar es Salaam in the late 1950s.

Mpwapwa was a resting post for the reporter/explorer Henry Morton Stanley, where he is believed to have etched a note (in remembrance of W. L. Farquhar) on a rock that is still present near the Anglican missionary Cathedral (All Saints’) at Ving’hawe. The district is populated by the Gogo (ethnic group) ethnic group in the center and north, and the Hehe ethnic group in the south bordering Iringa region. It is located at 06°21′0″S 36°29′0″ECoordinates: 06°21′0″S 36°29′0″E, with a population of about 40,000 serving an area about the size of Wales.While traditional ways abound with the fabric of society still enriched by a strong embodiment of the predominant Gogo culture, the district is pretty cosmopolitan in its population. Several tribes have made Mpwapwa their home, like the Bena, Nyasa and a few Chaga. The south is populated by the Hehe and the eastern region by the Kaguru.