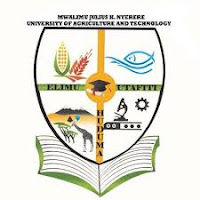 Mwalimu Julius K. Nyerere University of Agriculture and Technology is a public University established in honour of the Father of the Nation, the late Mwalimu Julius Kambarage Nyerere, who was the first President of the United Republic of Tanzania (1961-1985).

The University promotes the philosophies of Mwalimu Nyerere by being a “real time” industry- and community-responsive Science, Technology and Innovation (STI) generation and transfer centre. The University is thus set to be STI knowledge centre that values research generation and transfer and bridges the gaps between research and extension/development.

It thus strives to spearhead industrial/sectoral and community development through promoting effective use of STI and being an exemplar in franchising technologies and innovations. The University is thus set to brand itself as STI generation and transfer institution.