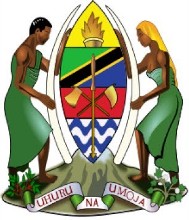 Kigoma Region is one of Tanzania's 31 administrative regions. The regional capital is the city of Kigoma. According to the 2012 national census, the region had a population of 2,127,930, which was higher than the pre-census projection of 1,971,332. For 2002-2012, the region's 2.4 percent average annual population growth rate was tied for the fourteenth highest in the country. It was also the sixteenth most densely populated region with 57 people per square kilometer.With a size of 45,066 square kilometres (17,400 sq mi) the region is slightly smaller than Estonia (45,227 square kilometres (17,462 sq mi)).

Shinyanga, also known as Shinyanga Mji in the local Swahili language, is a city in northern Tanzania. The city is the location of the regional headquarters of Shinyanga Region as well as the district headquarters of Shinyanga Urban District. The region and district are named after the town.
Shinyanga is located in Shinyanga District, in Shinyanga Region, in northern Tanzania. The city is located approximately 175 kilometres (109 mi), by road, southeast of Mwanza, the nearest large city. This location lies approximately 475 kilometres (295 mi), by road, northwest of Dodoma, the capital city of Tanzania.